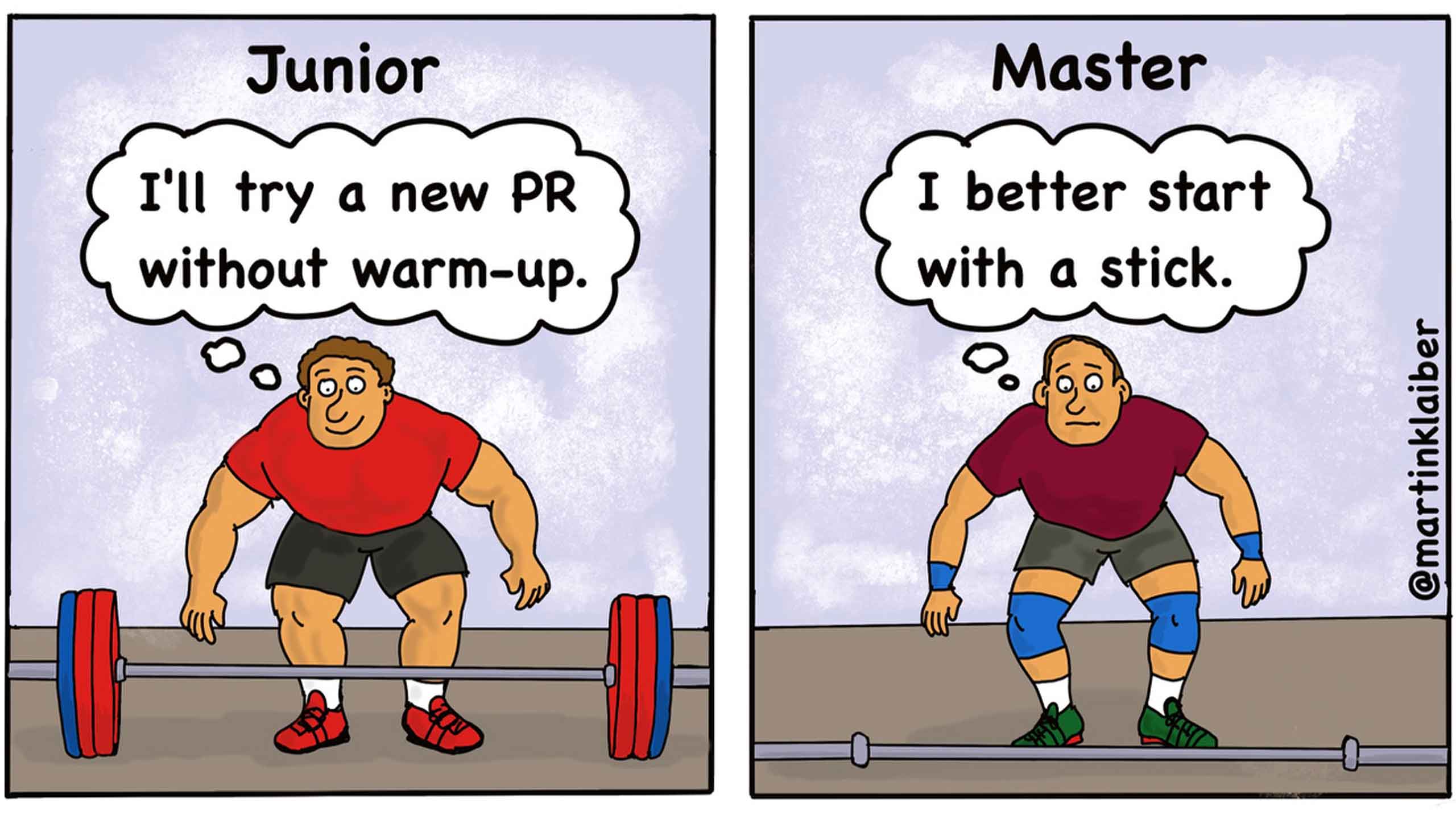 At the age of 14, Martin Klaiber started weightlifting. In Fellbach near Stuttgart, a veritable weightlifting stronghold in his day, he started with a trial training session and has stuck with it to this day. Not as a competitive athlete, but as a "word power athlete."

At the age of 14, Martin Klaiber started weightlifting. In Fellbach near Stuttgart, a veritable weightlifting stronghold in his day, he started with a trial training session and has stuck with it to this day. Not as a competitive athlete, but as a “word power athlete.” Learn in the following what this means and how the story about Martin took its course.

After a few journeys into gymnastics, karate, and horseback riding, the now 55-year-old fell in love with the sport of weightlifting. Until he was 30, he was active in SV Fellbach, lifting in both the district league and the 2nd national league. „For me, weightlifting is therefore above all a team sport.“, says Martin. After his retirement from the active stage, he nevertheless continued to train in various gyms and never lost his love and contact with weightlifting.

About 20 years later, he visited a weightlifting hall in his new home of Sindelfingen again and has now been a member since 2015. A club characterized by its family atmosphere. „I was attracted to finally competing again – it’s a feeling you don’t get anywhere else in your everyday life.” A mixture of excitement, strain and concentration. “It’s just you against the weight, and in the end, the great feeling when you’ve made it.” By everyday life, Martin Klaiber means his job, as a copywriter and conceptual designer.

For more than 20 years, he worked in various advertising agencies in Stuttgart before deciding to become self-employed six years ago. He has been a “word power athlete” ever since. A combination of “word power” and “power athlete”. “Being physically fit also makes me fitter and more creative in the head.” But that’s not his only talent – over 10 years ago, Martin started drawing cartoons from the world of advertising, due to his job. Initially by hand and later with the iPad. It developed into a passion. “Weightlifting was my thing and this sport didn’t have a cartoonist until then.” So he decided to post weightlifting cartoons on Instagram (@martinklaiber) and got online with his first English cartoon on Dec. 28, 2019.

Cleaning them up and bringing a smile to the viewers’ faces at the same time is Martin’s mission. He doesn’t think he can get haters or the unteachable to change their minds, but at least the weightlifters feel encouraged in their lifestyle. “I also think a great many people in this community can laugh at themselves – you probably have to if the outside world thinks you’re crazy.”

He is currently working with Sabine Kusterer, an Olympian, and the German Weightlifting’s equal opportunities officer, on information materials about weightlifting for women and young athletes. Martin also stays true to his training – in addition to running and cycling, he still hits the barbell twice a week and also works out at the club gym. For everything from cartoons to weightlifting, “I do it as a hobby and a balance – as long as I enjoy it.”

Let’s hope that Martin Klaiber will continue to enjoy his weightlifting cartoons for a long time to come.