The Snatch – What’s behind it? 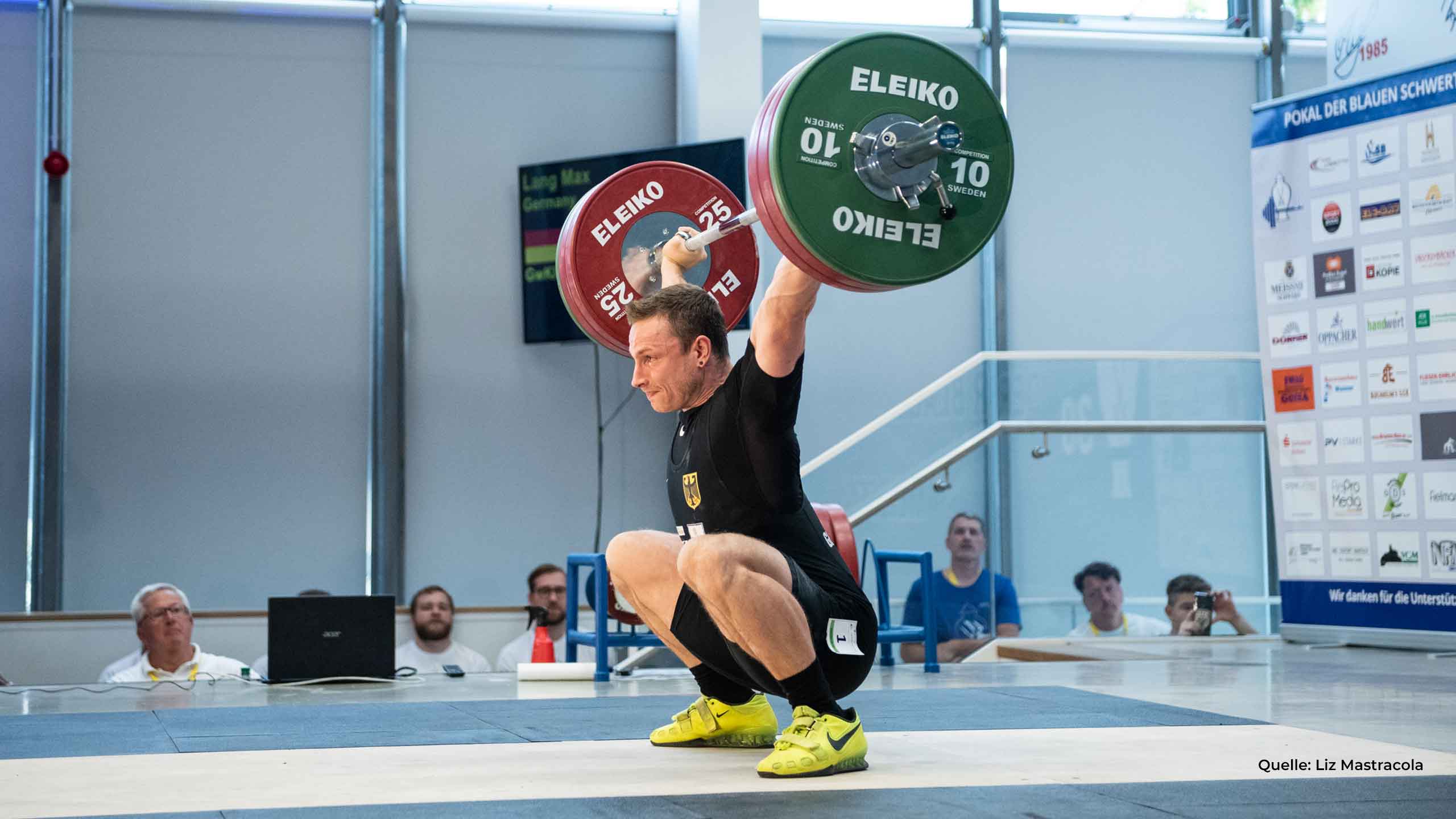 Snatch is the most technically demanding exercise in weightlifting. When it comes to technique, there are a few things to keep in mind in order to snatch efficiently and healthily. Max Lang explains what to look out for.

In my opinion, snatch is the most technically demanding exercise in weightlifting.

If you want to snatch efficiently and healthily, and you are not just thinking of “lift and catch”, there are a few things you should keep in mind.

1. Always work as close as possible to the center of gravity of your own body.

If you are now wondering what is meant by this, just think of a brimming Maß beer, which is held with outstretched arms and once close to the body – what strains more?

2. Lift in a controlled manner and at an appropriate speed.

You should know where the bar is on your body at all times, only then you are able to act (you decide what the bar does). Those who only react (the bar decides what you do) are often inferior to the gravity of the bar.

Snatch doesn’t only consist of start and squat. If you are already thinking of how to jump into the squat although the bar just passes the hip, you prevent the initiation of hyperextension. Only by concentrating on each phase of the snatch you’ll find the thread or flow that makes a snatch not only look awesome, but feel awesome as well.

4. Shoulder slightly in front of the bar.

Keeping the shoulders slightly in front of the bar serves primarily as a lever, which is resolved after passing the knee to give the bar the necessary speed. Simple in theory, literally difficult in practice. The shoulder position should be chosen in such a way that the load does not pull you forward when lifting, you tilt in the upper back or the buttocks still lift before the shoulder.

Because then the starting position is completely different: You work in the center of gravity of the bar and not in your own. The bar runs “forward”, the buttocks lift and limit the efficiency of the lever. To make contact with the bar above the knees, experience shows that the knees must be pushed under (loss of speed). The overall load moves from the midfoot towards the toes and this is detrimental to power transmission.

Personally, I work with a more “upright” starting position and move the knee-buttock axis back slightly as I lift away, so I don’t get stuck at the knees and am still in my center of gravity after passing the knee, which makes it easier for me to straighten my back.

Finally, the subject of releasing the feet. I have discovered two major advantages in this technique for me. Under midfoot load I am able to transfer power longer and start receiving earlier. Accordingly, I also start already in a wider foot position, otherwise it becomes uncomfortable in the squat.

Releasing the feet is in no way wrong! The Chinese also release their feet, or rather they slide. However, that’s one coordination level too high for me, so I went to the other extreme, instead of releasing my feet like a bunny rabbit, I just don’t release them at all. Try it out and feel free to give feedback!